Amphibians are cold-blooded animals that hibernate in winter under logs or stones or in crevices and use water to lay their eggs in spring. Since digging our pond at the woodland, we have been hoping to attract frogs and toads and have built in a shelter at the back of the pond for them to use during the colder months.

Common Frogs can be found almost anywhere in gardens, marshes and damp woodlands. They eat a variety of insects and also grubs, worms and slugs so they can be a welcome visitor to gardens. Common Frogs can be many shades of green or brown and have a dark patch behind the eye.

The frog pictured here was spotted finding its way to the woodland pond in September 2019 and was the first frog to have been seen near the pond so was a very welcome visitor. We are hoping for frog spawn in spring.

Reptiles are scaled animals that live on land and include snakes, lizards and slow-worms. They are generally very secretive animals and so are not often seen. 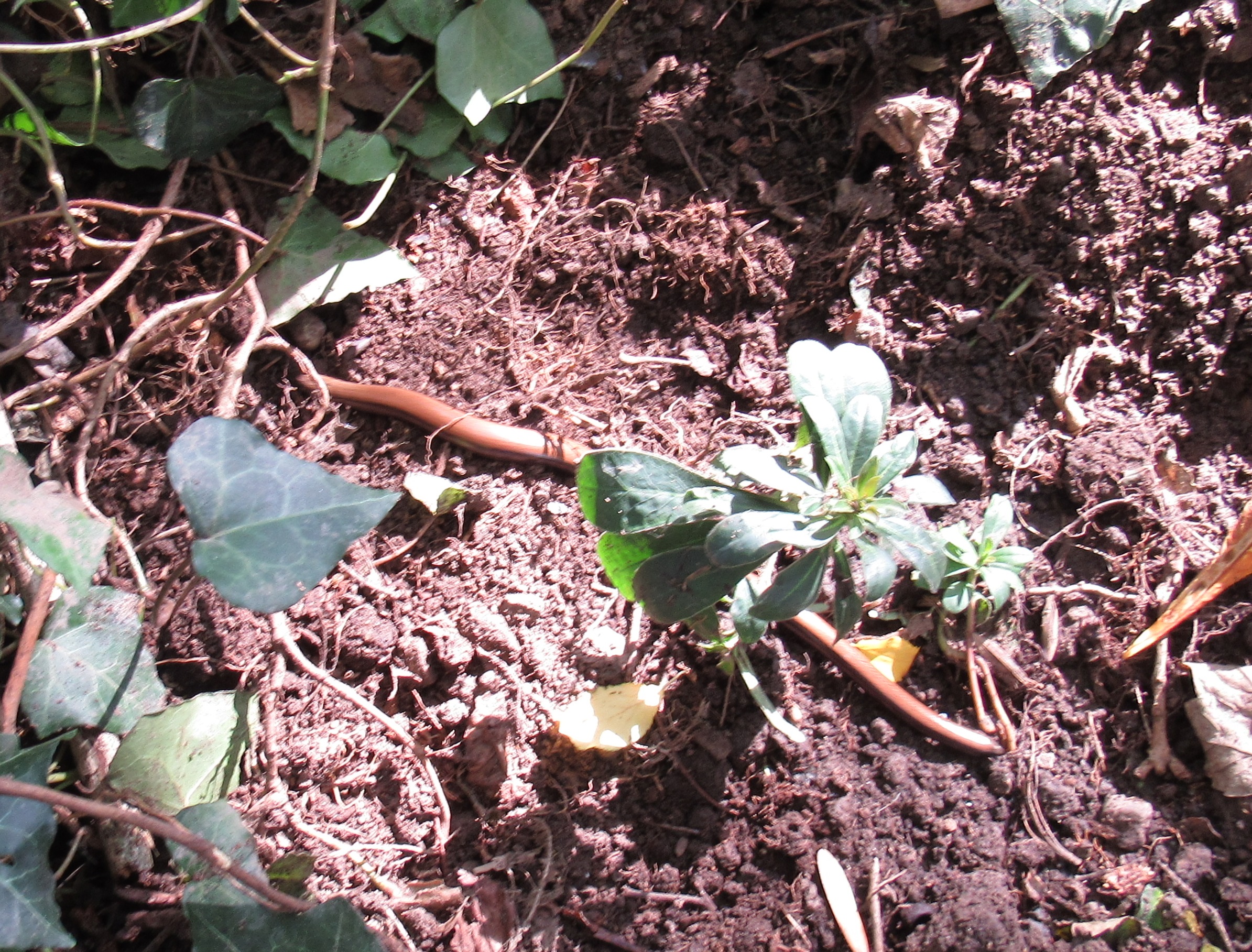 The slow-worm is a legless lizard and not a worm or a snake, though it belongs to the family of reptiles.

Slow-worms can sometimes be seen in the Copse on the corner of White Street, and we have had a report of a female slow-worm in Nine Acre Lane near the footpath to Loscombe Meadow. However, they may be seen almost anywhere, especially in warm or damp places, and may be found in your own garden, particularly if you have a compost heap. Spring is a good time to see them when they emerge from hibernation to mate.

They are smaller than snakes and have a grey silvery skin. The male is paler than the female which has dark sides and sometimes a thin stripe down the back. They eat slugs and snails, insects and earthworms.

They will hibernate between October and March and we have built a special underground chamber beneath our latest hibernaculum in the Copse Corner area of White Street Sports Ground especially for slow-worms.